A gift for an old friend

I've knitted a scarf as a birthday gift for a very old friend. 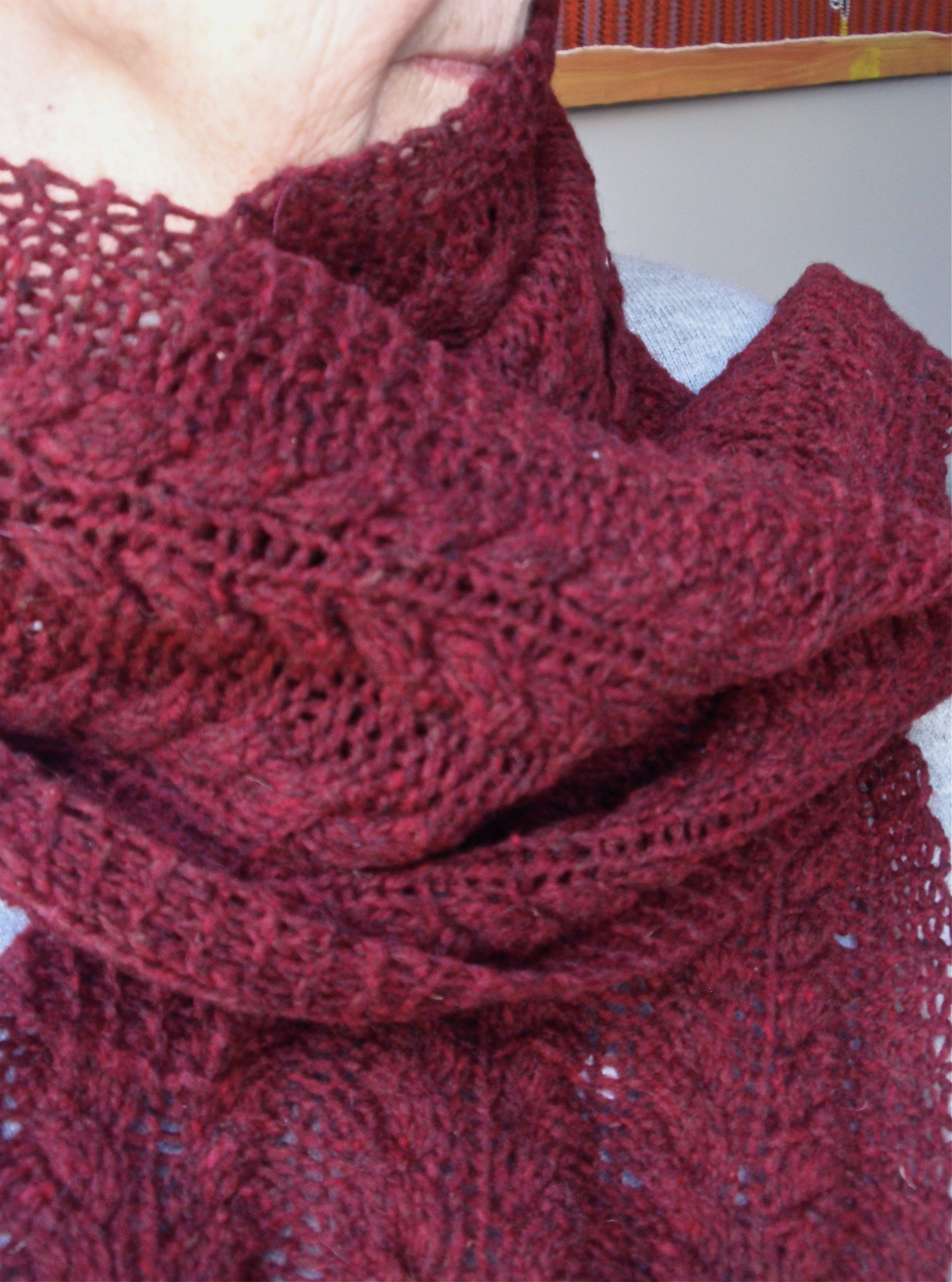 A friend of forty-eight years standing to be precise. He's celebrating a significant birthday tonight with a party at a grand venue [which has raised all sorts of uncertainties. I don't frequent grand venues. The dress code on the invitation is 'smart'. Which of my clothes is most appropriate? A dress, I suspect. Maybe even a frock? Heels? - of which I have one pair. Dither, dither...]

Suddenly the scarf seems an odd and eccentric gift. Not everybody shares my enthusiasm for scarves, and it somehow seems a bit out of place to take such an informal gift to a rather formal occasion.

Still, at this stage of our lives there's not a lot we need, and gifts (except for those to knitters) do become tricky. I'm just hoping that even if the scarf doesn't prove to be useful it will signify that I still care sufficiently about out friendship to have spent time making a personalised gift. Even if it is seen as a bit eccentric.

It's not that the scarf itself is eccentric. The pattern, Pavement, is a classic reversible cabled scarf by Jared Flood (Brooklyn Tweed). The yarn is Shelter, also by Brooklyn Tweed and is a tweedy worsted weight yarn in a rich, slightly rusty burgundy colour (impossible for me to photograph accurately - it's not nearly as pink-toned as these photographs make it appear). A pattern with cables every fourth row is a bit of a pain to knit, but the outcome is very neat, regular and pleasing. But I'm still worried that a handknitted scarf is a rather eccentric significant birthday gift.
Posted by LynS at 3:50 PM 9 comments: Links to this post

Over the last couple of weeks I've been indulging in my favourite occupation - pottering around. My very ancient and battered Concise Oxford Dictionary defines pottering as trifling away one's time. That's exactly what I've been doing. I've not been engaged in any purposeful, planned or productive activity. I've been following my fancy, and sometimes just doing nothing. This has been major pottering. Championship-level pottering. I did make one initial decision that made the pottering possible - to drive north to Lennox Head, to stay with an old friend. 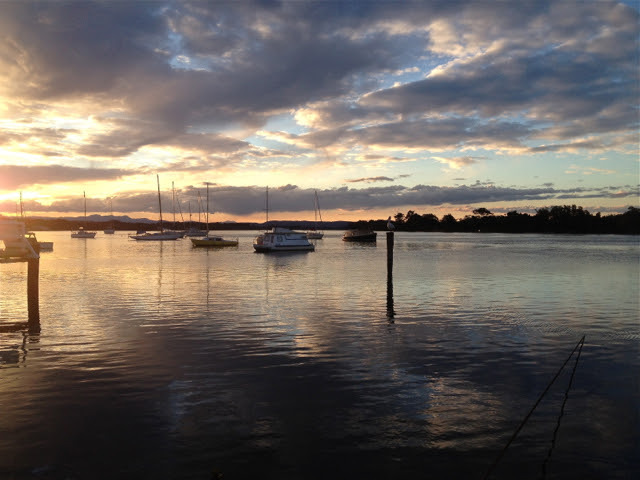 before arriving in Lennox Head. This part of Australia is beautiful under any conditions - both the sunny winter days of most of my stay and the occasional stormy, windswept days. 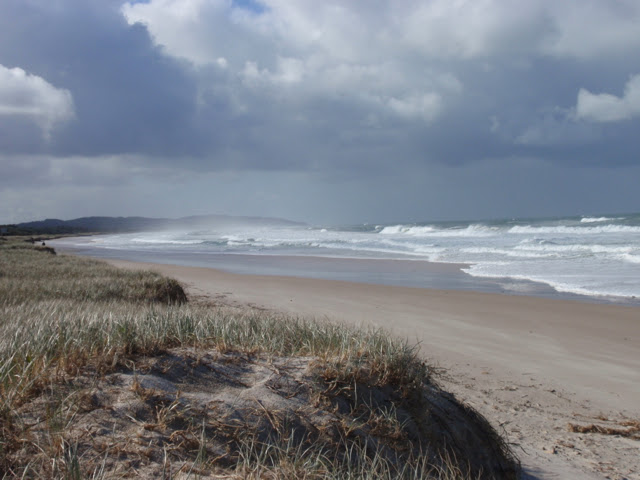 I pottered around the area - in particular the heathland that borders the beaches and at this time of the year has early spring flowers. I'm no longer surprised, but I'm always delighted afresh by the contrast between the rather harsh, spikey vegetation of the Australian landscape 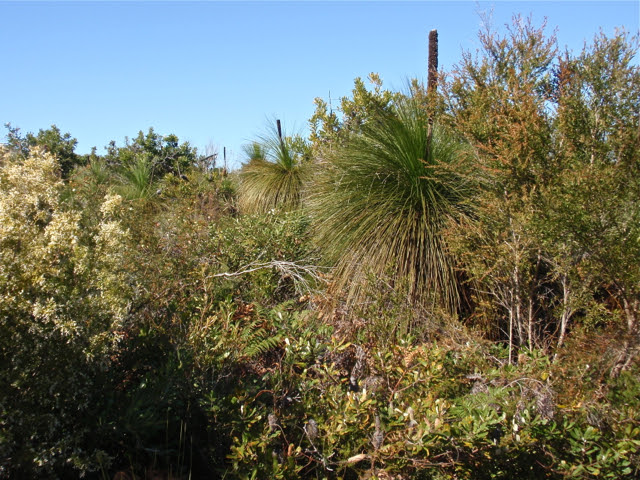 and the delicacy and variety of the flowers and fungi that are revealed when you potter and pry... 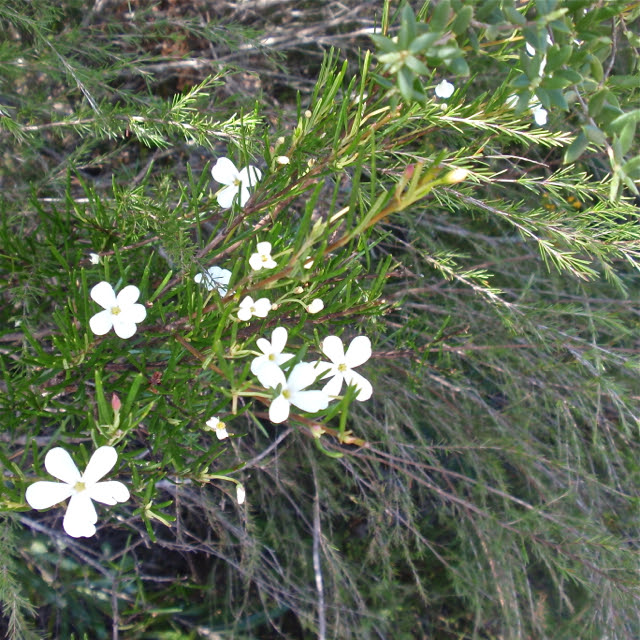 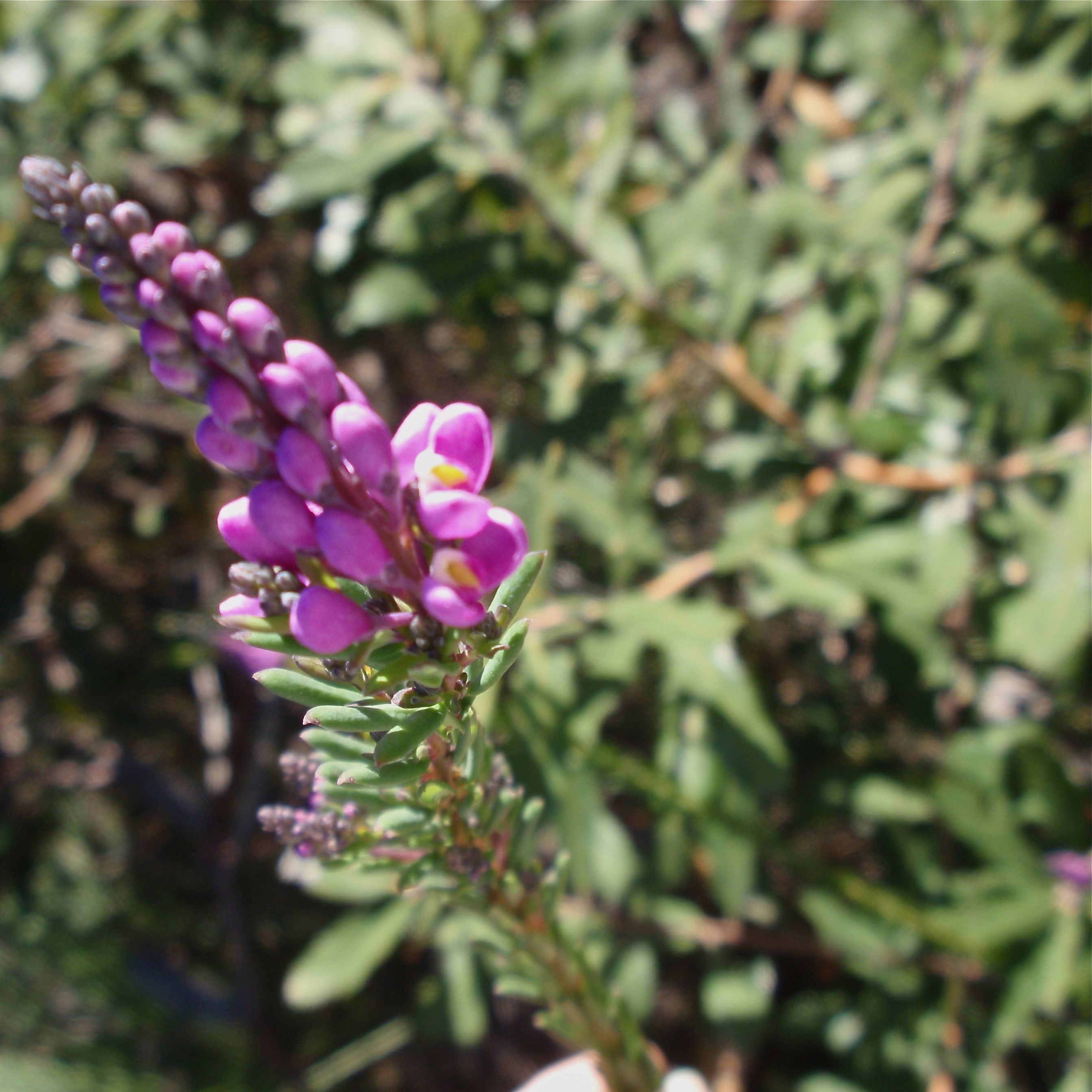 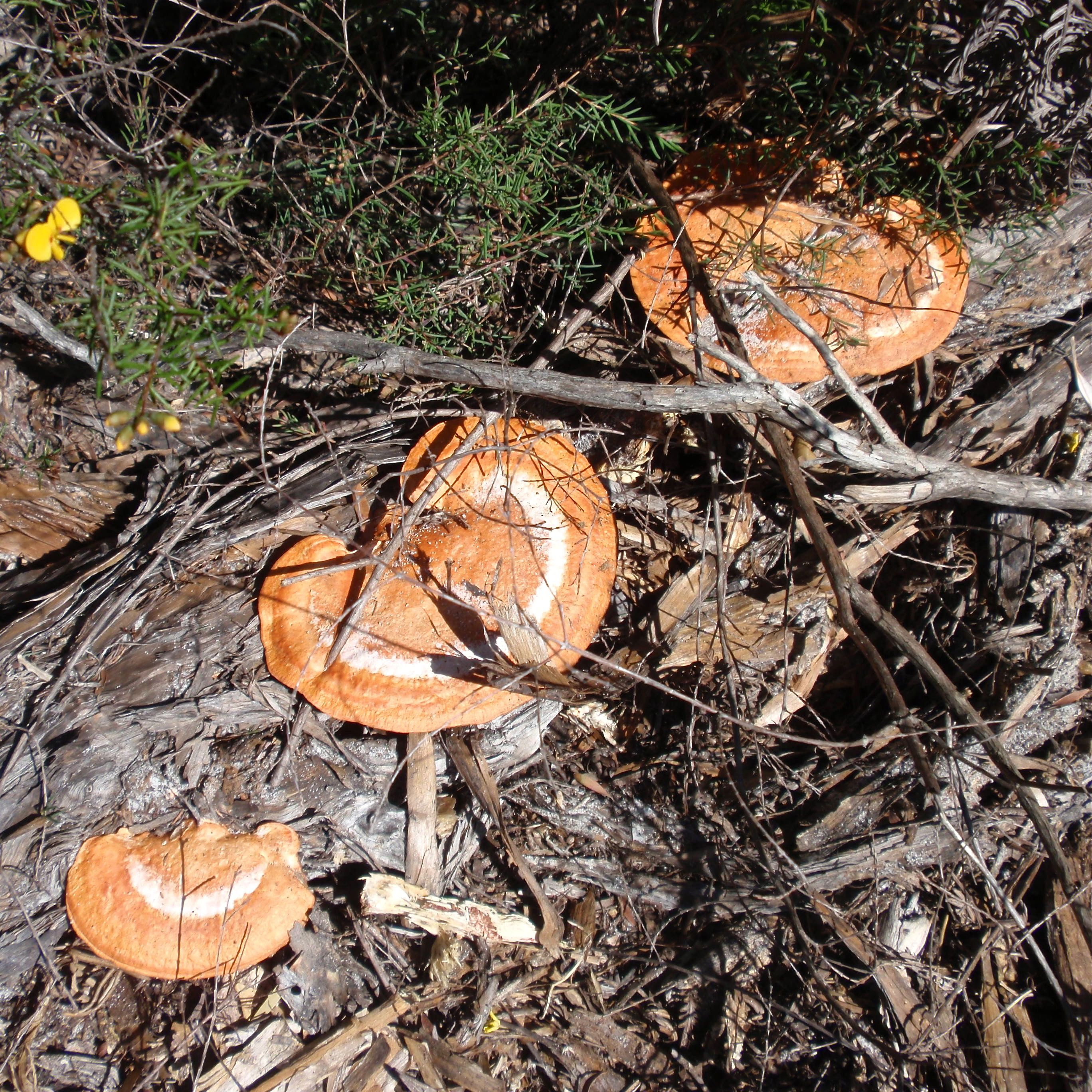 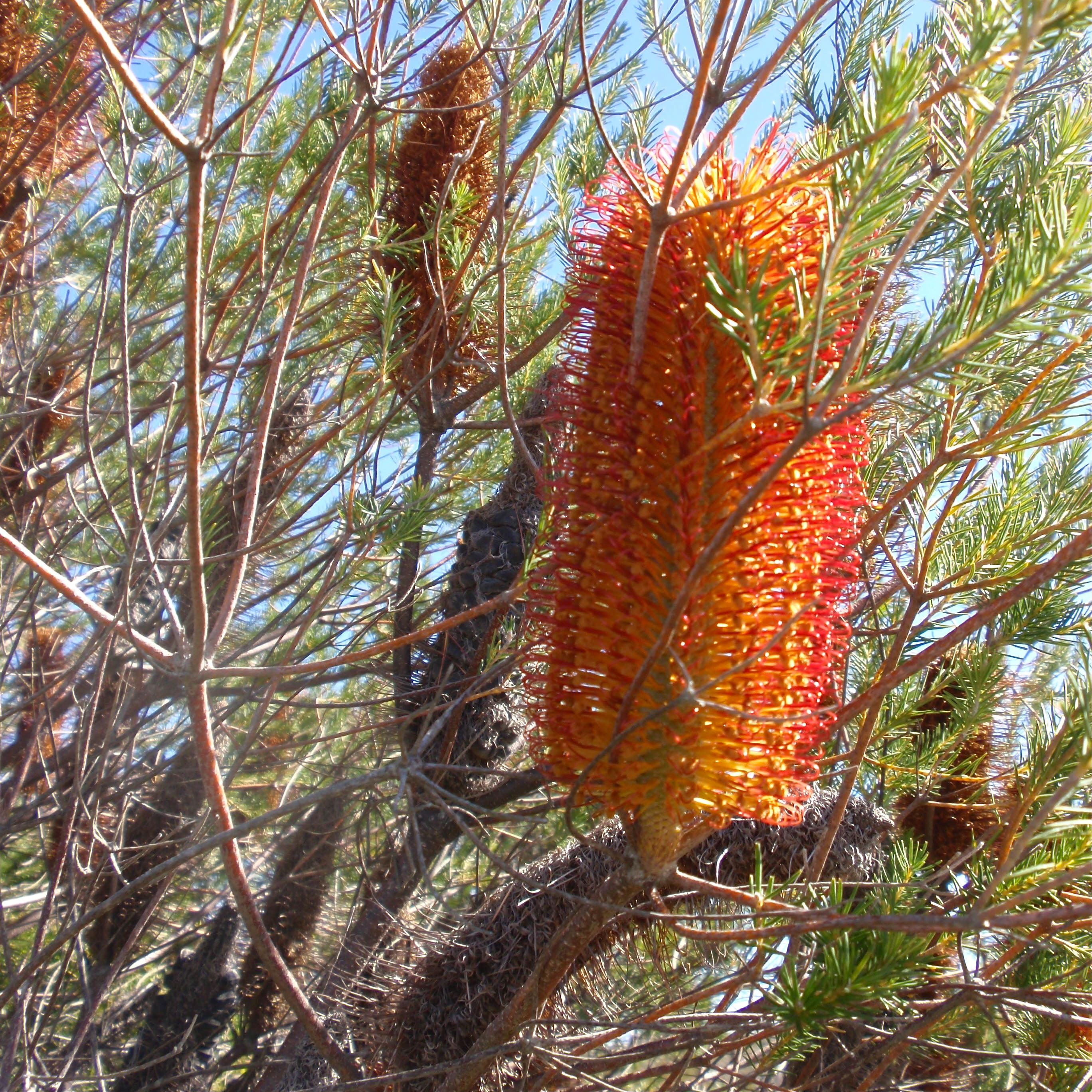 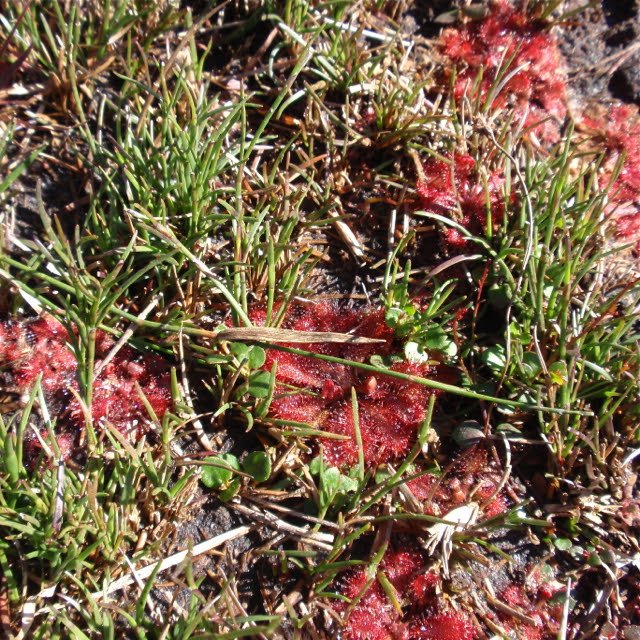 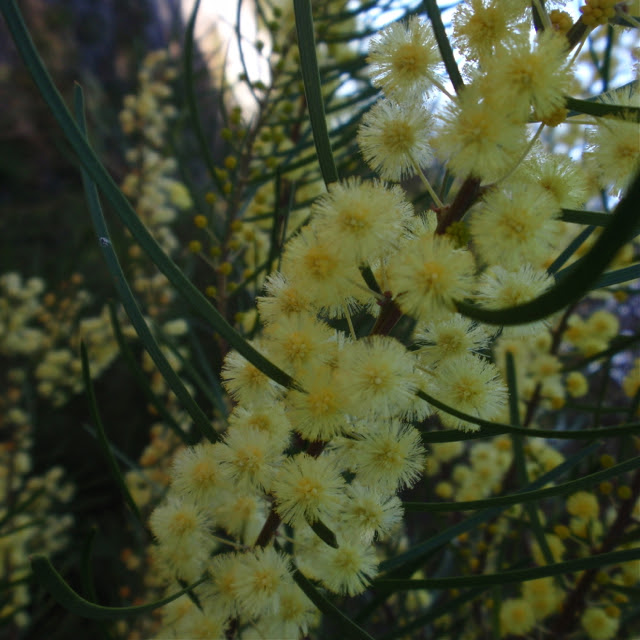 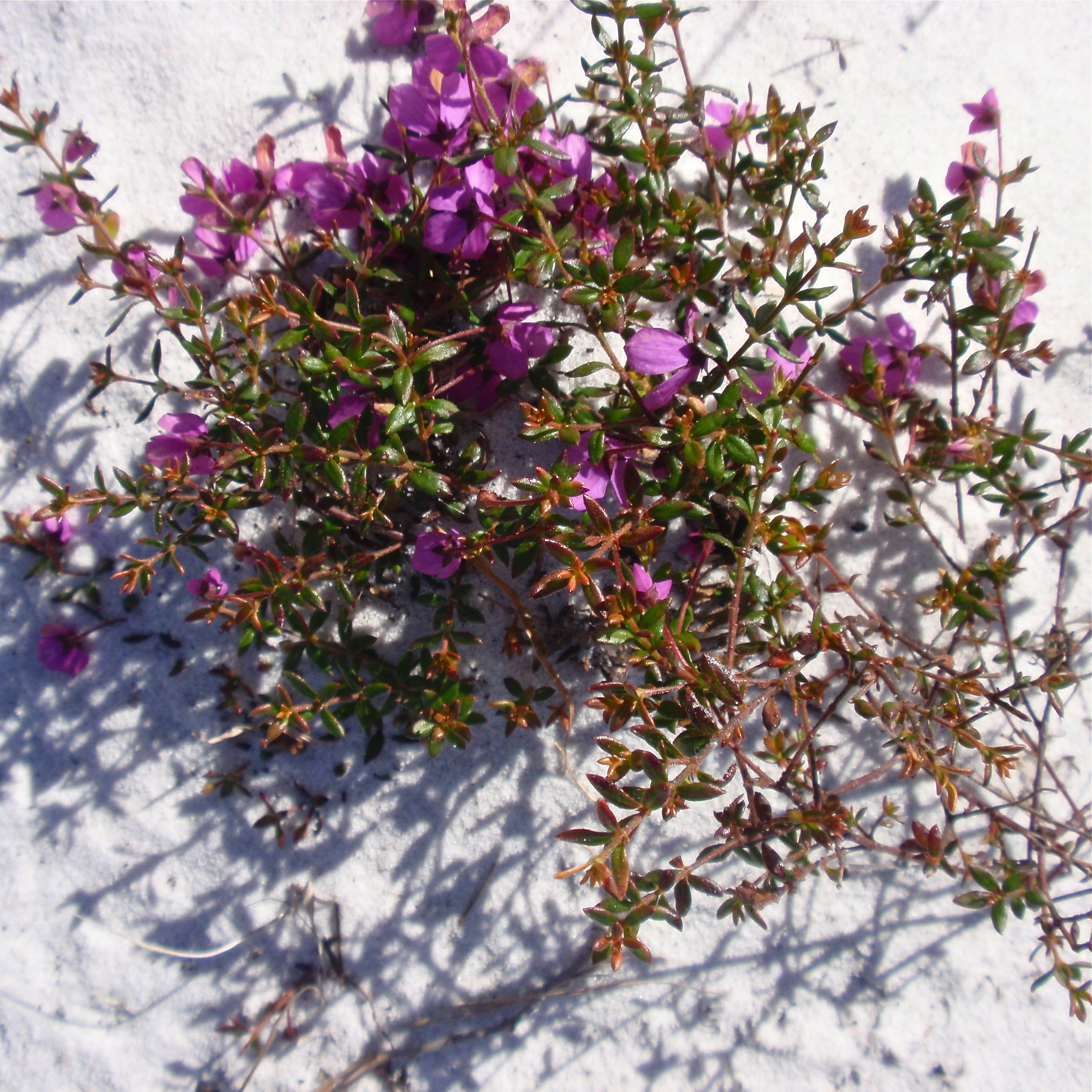 I attended the annual Byron Bay Writers' festival and pottered my way through the program. The BBWF is very Australian in its focus. There's some recognition of our Asian neighbours, but the writers and topics are mainly of local interest. It has a broad definition of 'writing' - fiction, non-fiction, journalism, poetry, drama. One of the many pleasures of the BBWF is its accessibility. Even though it's very popular with many people attending, its location in four large marquees that are easily accessible makes it ideal for people like me who want to attend sessions as whim and fancy takes them. 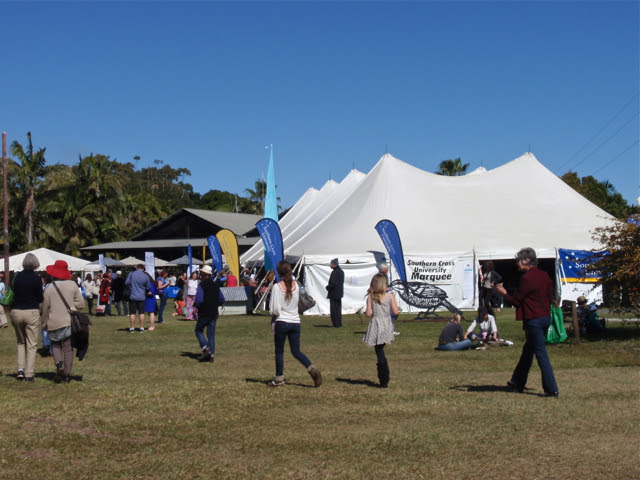 Rather surprisingly, given the pattern of my reading, this year my whim and fancy took me mainly, though not solely, to sessions dealing with non-fiction. Some highlights of the festival? A session with George Megalogenis and Ian Lowe debating the pros and cons of a larger population for Australia. Both so well-informed, articulate and polite. Both agreeing on many of the facts, but arriving at different conclusions. This was a wonderful example of a discussion where difference of opinion, properly explored, can illuminate rather than inflame. There was also a splendid interview with fiction writer Alex Miller. He's the kind of interview subject where the interviewer is almost irrelevant. An entertaining and knowledgeable raconteur whose broad life experiences help to explain the sweep of his fiction. Then there was a trio of admirable eminent elders at their generous and entertaining best: ex-Chief Justice Michael Kirby, ex-Greens leader Bob Brown, and Nobel prizewinner Peter Docherty (who has the best title ever for his latest book - 'Sentinel Chickens'!)

I've been pottering with my reading (lots of entertaining crime-fiction including prolific Singaporean writer Shamini Flint, an fun-filled discovery from the BBWF), pottering with my knitting (some arthritis in my fingers limiting my productivity), and lunching out and catching up with old friends.

And to conclude, I did some really major pottering on my way home. I decided to drive back along the inland route of the New England Highway with stops in Armidale and the Hunter Valley. I've written earlier of the splendour of the landscape revealed by this inland route - particularly of the sweeping views disclosed as you climb from the coast to the spine of the Great Dividing Range: 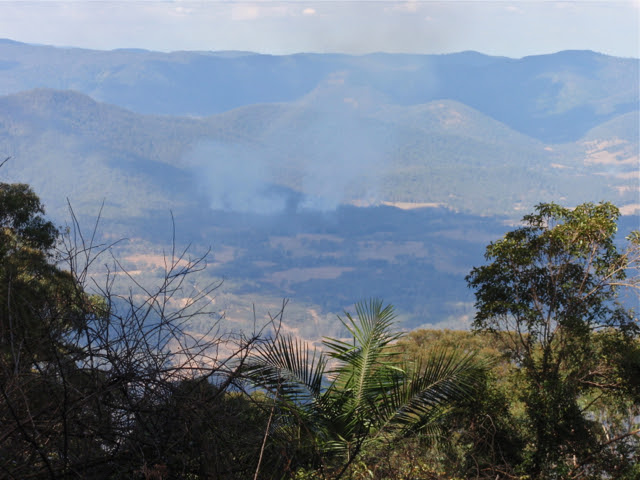 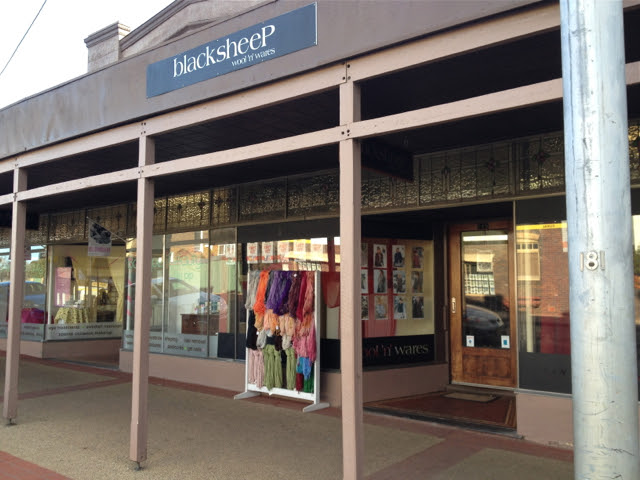 The Black Sheep yarn store - possibly the best-stocked yarn store I've ever been to in Australia. A pity it's more than 500kms from Sydney! Maybe Guyra's cold weather has inspired this store, but it has an astounding range of quality commercial yarns - both the number of brands stocked, but also the colour ranges within each of the brands. So tempting - and yes, I did succumb, in a relatively minor way, to temptation.

Guyra also has a surprising landmark beside which I ate my lunch - the Mother of Ducks Lagoon. 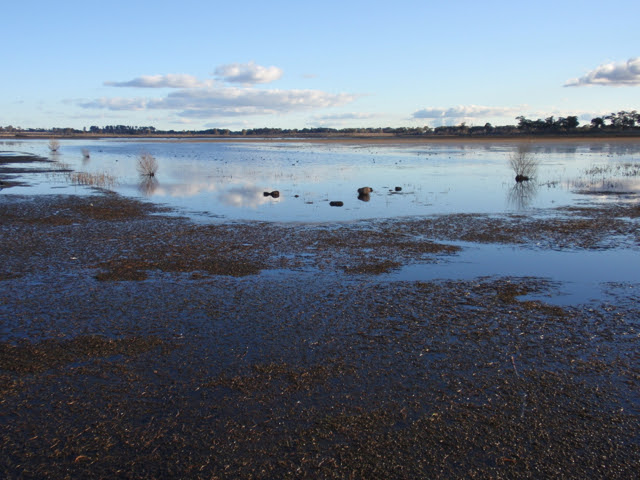 This has to be one of the more pleasing names for a lake. Even writing it again makes me smile. And yes, it did have a plentiful duck population - too distant to be clearly seen in my photo.

Finally, pottering home by way of the Hunter Valley and its vineyards. 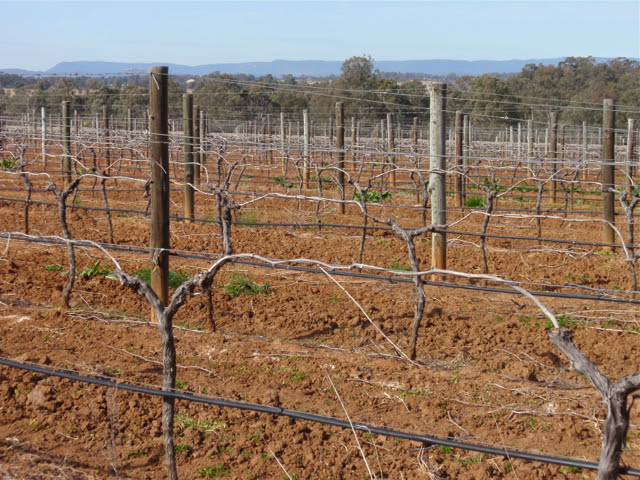 Maybe by this stage I'd had enough of pottering, but the Hunter Valley and its cultivated landscapes was something of an anti-climax after the unplanned spendour of so much of my time away. It struck me as over-priced and over-organised...the kind of place where pottering has fewer rewards than it does in a less touristed area.

At some stage - soon, I suspect - I will need to take a more responsible attitude to my life. I guess I can't trifle my days away. Duty will call. Bills will need to be paid. Forms will need to be filled in. Obligations of various kinds will intrude. But these days of pottering have been wonderful.

A bit over a week ago I cleaned out my office at work, threw out reams of no longer needed meeting papers and documents (the paperless office - huh!), and with some sadness, fond reminiscence, and much hilarity, said good-bye to my colleagues. 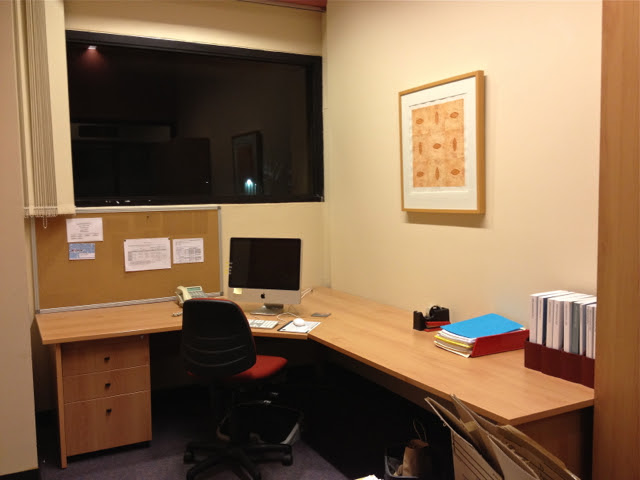 I'm leaving paid employment. You can see I'm avoiding the 'R' word with all its ageist stereotypes and connotations. In my last couple of days at work someone asked me how long I'd been working and it was with some surprise that I answered that I'd been working in paid employment almost all my adult life. There was a year off when my then-husband was doing field-work in a remote area of the Philippines - though even then I did some very part-time teaching - and there were a few years of part-time work when the children were small. Paid employment has been a central part of my life.

Many people have asked me what I intend to do at this stage of my life. My only answer has been 'nothing in particular'. I have no fear about filling in my time pleasurably. I'll do what I've always done - read, visit friends and family, go to the movies, watch television, and engage in some craft - at present, knitting. And I'll travel as much as my finances allow. But no-one ever asks what for me is the real question...will your identity and sense of yourself change? After all these years at work so much of my sense of who I am and of what I can achieve is tied up with work. I've never been particularly ambitious and I've certainly never been a workaholic, but now that the balance of activities within my life has been so drastically altered, I wonder how I'll respond. Even so, I'm interested in, rather than worried about what might happen.

For a woman of my generation I've been very fortunate with my work. In fact, for anybody of any generation, I've been very fortunate. I've had a range of jobs over time; most of them associated with universities. Quite a few of my jobs have been in new or developing areas of work where there's been opportunity for innovation, creativity and enthusiasm. I've been fortunate with the skill and ability of many of the bosses I've had across my work-life. Some of them have provided excellent models of good and principled leadership; some have been stimulating and creative and inspired me to think beyond what already exists; others have simply been generous and supportive in the work environment they've created. Generally, I've been blessed. Then, of course, there have been my work colleagues. Like all people I have stories of eccentric and bizarre work behaviors that are told and retold. I've had many colleagues who did honest, good, skilled work, and a few who skived off or sponged on others. And I've had some with whom I've developed deep, abiding friendships. I think one of the things I'll most miss about work is the variety and diversity of the people with whom you need to collaborate at some level, and the learnings this brings.

So, I'm into the second week of this new phase of my life. A big transition. Possibly the biggest transition other than having children. I wish I could stand outside myself to document what happens. Anyway, it will be interesting.
Posted by LynS at 10:20 AM 8 comments: Links to this post