I'm travelling again. At present I'm in London where a house swap has provided me with a month's stay in a very swish apartment in Royal Docks. I like to travel because I like the glimpses it gives of other ways of living; other ways of constructing the everyday. Things, stuff, collections, what is more formally defined as material culture, are wonderful illustrations of ways of living. There are certain museums I like because they provide these kinds of insights into people's lives. I've been lucky enough to find some of them on this visit.

The Geffrye Museum in London's rapidly gentrifying east end, is one such treasure. 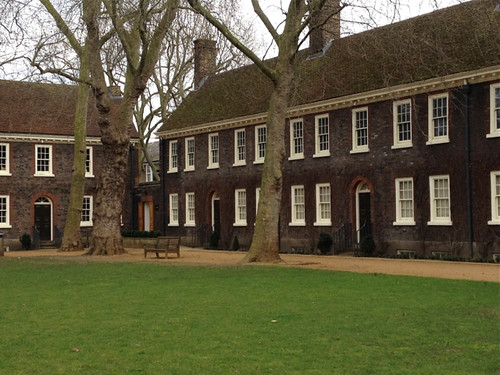 It's a simple, but very lovely 18th century building that was built as an almshouse. It's quite narrow as it originally was a series of independent dwellings - like a long terrace. But now all the interiors have been joined together so there's an enfilade through the building with a series of rooms opening off the hall. 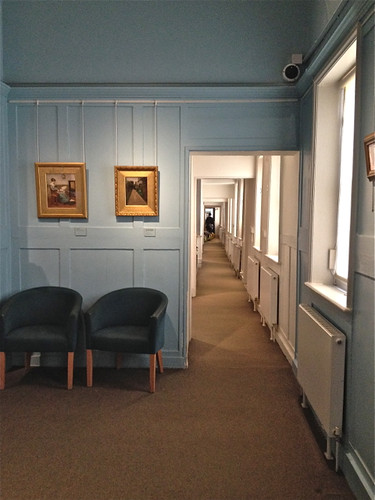 And the 'rooms' are just that - reconstructed living rooms that provide glimpses of how the 'middling sort' (the middle classes) lived from Tudor times to the late twentieth century: 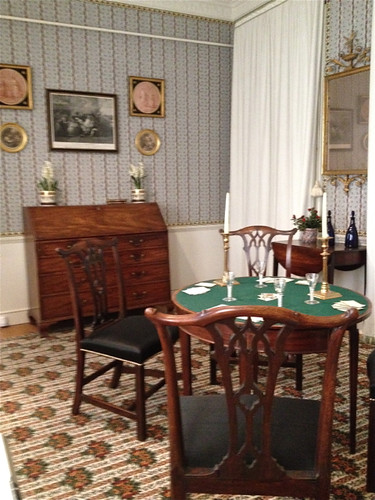 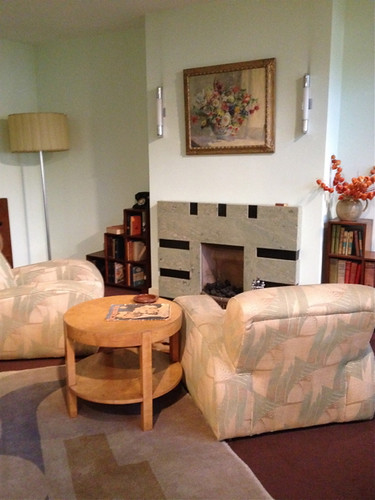 The rooms above are representative of the late eighteenth century and the 1930s. As I child, I grew up with a living room in the style of the 1930s room above, even though it was the 1950s. Perhaps that says something about 'style' in Australia? I still use my parents' living room chairs from that period, though they've been reupholstered several times. Unlike many of the better-known museums the Geffrye had relatively few visitors other than a couple of school groups, so I could linger and wonder over the exhibits.

I also visited the museum exhibition that must thrill the heart of every collector or hoarder: 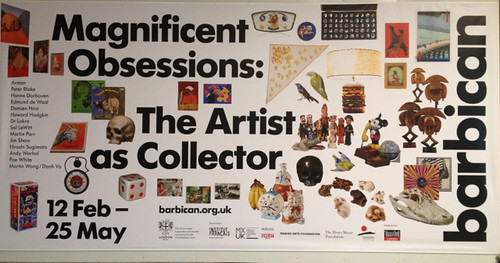 This exhibition, of artists' collections of objects, was fascinating. The great temptation is to believe that the objects give you insights to the artists' work. I can't help but wonder just how these collections are stored and displayed in people's houses. Who dusts them? Are they regularly rearranged? Are they cataloged? Are they loved, or is the thrill in their acquisition? The exhibition raises lots of interesting questions - most centrally, when does 'stuff' become 'art'? Some of the collections, like that of Hanne Darboven, are wonderfully random, with objects of different kinds and different sizes crammed together. Others, like Sol Le Witt's collection of photographs are precisely ordered and displayed. Still others have a double level of obsession where one artist, Danh Vo, has curated, ordered and displayed the collection of another artist, Martin Wong: 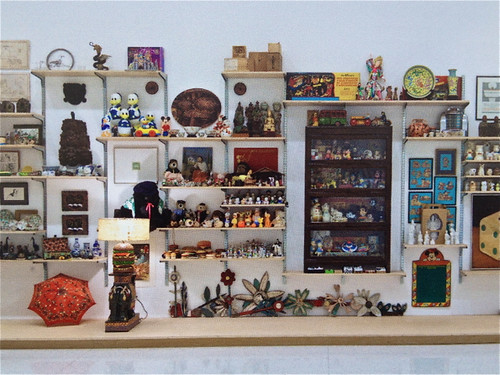 Possibly my favourite of the many wonderful collections was Pae White's collection of scarves by prolific mid-twentieth century fabric designer Vera Neumann. 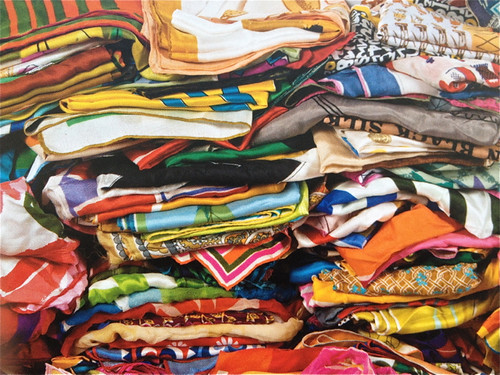 I'm not sure what engaged me most - the extraordinary range of Neumann's scarf designs or Pae White's persistence in finding and gathering the scarves. Either way, I can't help being fascinated by such obsessiveness.

It's not a museum in the usual sense, but I imagine Kew Gardens must be one of the world's best collections of plants. Wikipedia tells me it is the world's largest collection of living plants. There are thousands upon thousands of species of trees and plants which (at least to me) reflect Britain's history of travel, exploration and colonisation. The beautiful Palm House with its specimens from many more tropical countries is a particular example of collecting and curating: 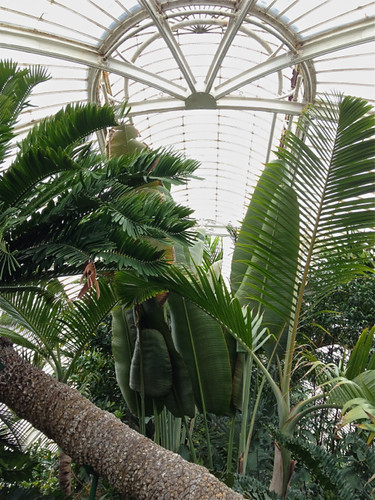 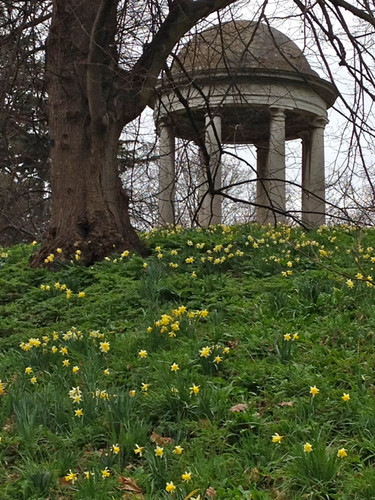 However, we were just in time for the display of crocuses and the occasional quiet snowdrops: 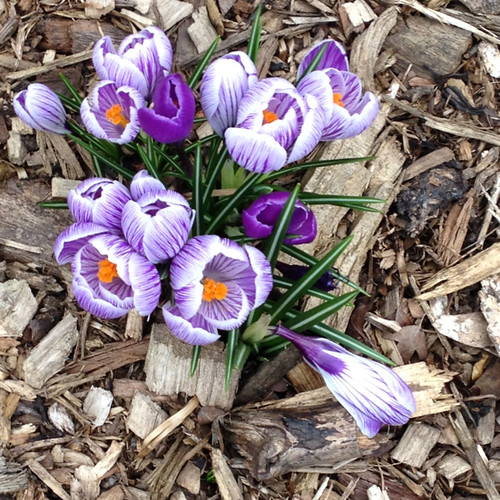 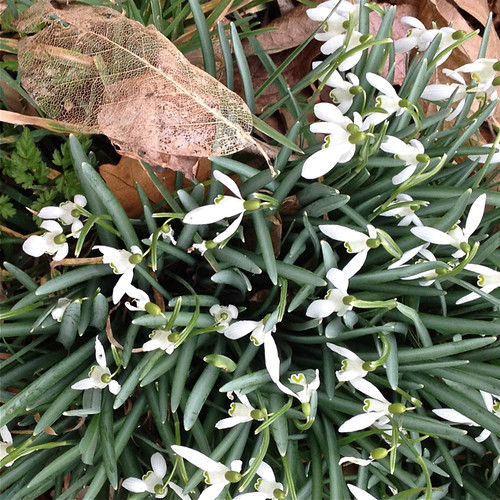 Now I think about it, being a tourist is just another form of collecting, and museums are convenient ways of curating experiences for tourists - though of course they have other functions. I'll continue to blog about the experiences I collect - though I'm only too aware that I have been a much less dutiful travel blogger on this trip than I have been previously.