Mexico City is a good place to visit with children. They are welcomed in most places; indeed, often given special attention, and there are many activities to naturally attract and engage them, such as the colourful street parade of the last post, or the weekend buzz of squares and plazas such as that at Coyoacan. 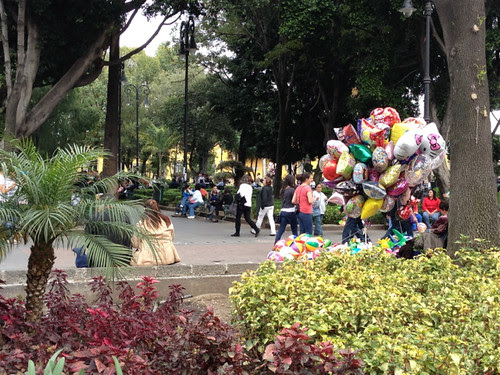 But more specifically, it also has what must be one of the best museums ever designed for children - the Papalote Museo del Nino: 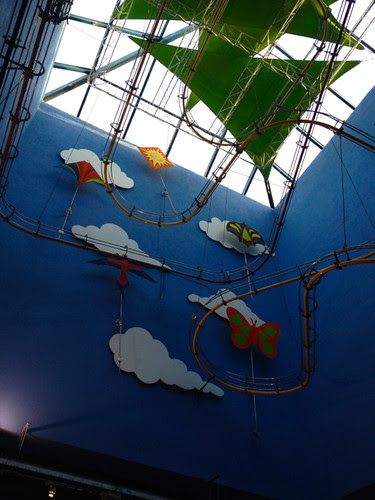 The Papalote (which translates as 'kite') is enormous and has activities for children of all ages. It's broadly arranged around themes that managed to escape us as we moved from one exciting activity to the other. There are young, enthusiastic attendants everywhere to help and gently supervise - though our lack of Spanish sometimes was a bit of a challenge for them, and us! There are activities that demonstrate scientific principles in fun ways; lots of imaginative games such as riding in a fire engine or shopping in a most realistically recreated supermarket(though here there was also 'educational value' as the children had to find items across the food groups before they could shop freely); telephones that enabled you to dial cities around the world to hear greetings in their languages, as the city lit up on a giant globe; adventurous and challenging outdoor playgrounds designed for children of various ages; lots of lego, colouring in, an IMAX theatre, even a bed of nails - the list just goes on and on. We were there for hours. 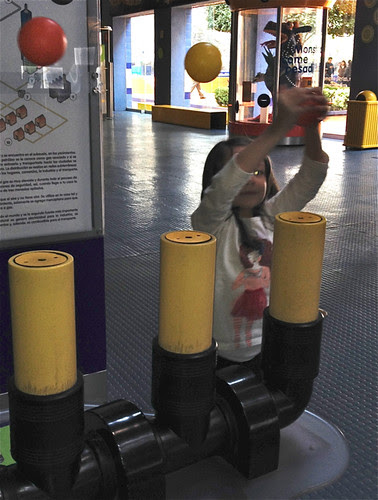 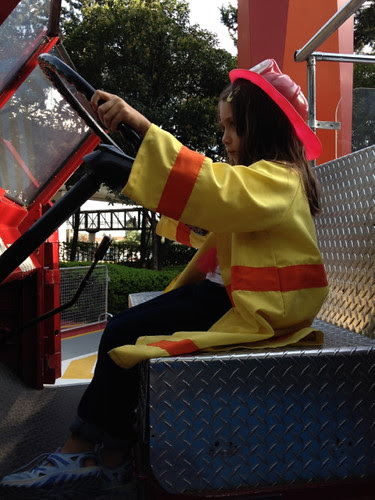 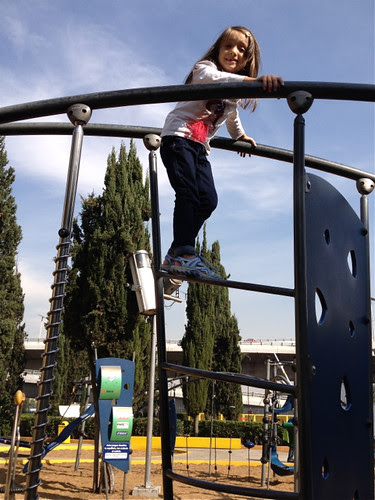 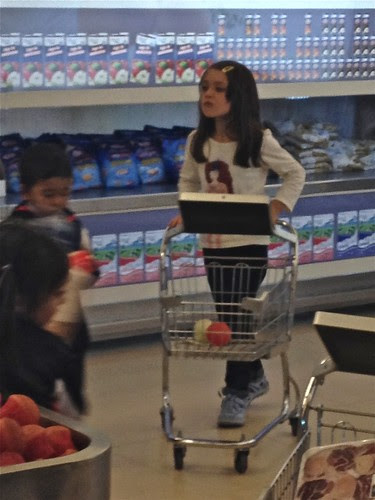 As usual, I've somehow managed to take photographs that make it appear as if we were the only visitors to the museum. That's far from the truth. It was a school day and there were lots of school groups visiting - often tiny uniformed children with their teachers - and later in the day (it was late closing) informal groups of adolescents began to arrive.

Incidentally, on our first attempt to visit the museum we were turned away as the museum was closed for a visit by Crown Prince Frederick and our Mary of Denmark. Those Danish royals really do get around. I couldn't help thinking it would have been so much more interesting for them to see the museum buzzing with excited children as it was when we visited.

given your record with these things, i totally expected you to say that they let you in with Our Mary. because you know, Aussies and all that! what an amazing looking place, kids museums are always so much more inviting! and The Dotee has grown somewhat...

Ha, I agree with Kylie! Didn't you tell them you know Our Mary?! Heh heh!
And yes, the Dotee has grown!
Connor would be in his element on that fire engine! We'd spend hours just waiting for him to get off.