I often wonder about the need so many of us have to document our lives in some way. On the top shelf of a cupboard I have a box of unsorted photos that I kept when my mother's house was packed away after her death. Many of the people in the photos are no longer identifiable, but I am reluctant to throw them away. Next to the photos is a smaller box of diaries that were kept (in a most minimal way) by my grandfather between the nineteen thirties and fifties. Then there are fragments of family history compiled by cousins and more distant relatives over many years. I think my own persistence in blogging, in the face of waning enthusiasm for blogging as a medium of social communication, is just another variation on this need to record; to document.

Sometime last year I began using instagram. I'm not really an early adopter of new forms of social media. I usually join in rather reluctantly because increasingly they are the best way of keeping up with friends and family. But I've taken to instagram with some pleasure. I like taking photographs, though I hate lugging around a heavy and conspicuous camera. As instagram relies on smart phone photos I can be forgiven the not-so-great quality of my images. At the beginning of the year I had the idea of posting an instagram image each day across the year. I think I had an idea that this might capture the nature of my daily life; that over the year it would become an aide memoire to reflecting on my experiences and concerns.

By January 23 and I'd posted 22 images. Early in the month, before I'd really established the picture-taking habit, I seem to have missed a day. Never mind. Already, I can't help classifying the posts to see what they say about my life. There are posts about Sydney (top left is the Queen Victoria Building). I first came to Sydney in the early 1960s, before the advent of shopping malls in the suburbs. The city centre was where I shopped for everything except food, and this is a habit I've never broken. I shop in the city for clothes, for books, for gifts. I often go to the movies and concerts in the city and I meet people there to catch up. Of course, all this is possible because I'm only a 5 minute train ride from the city centre. I love Sydney and I love keeping a photographic record of the bits of it that I frequent. 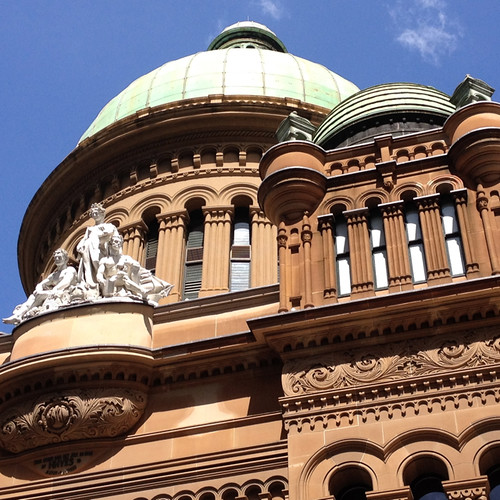 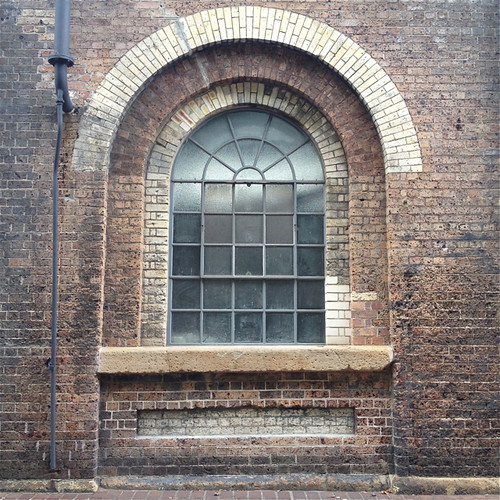 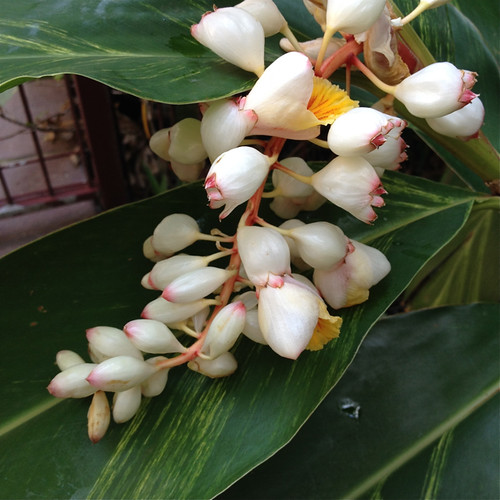 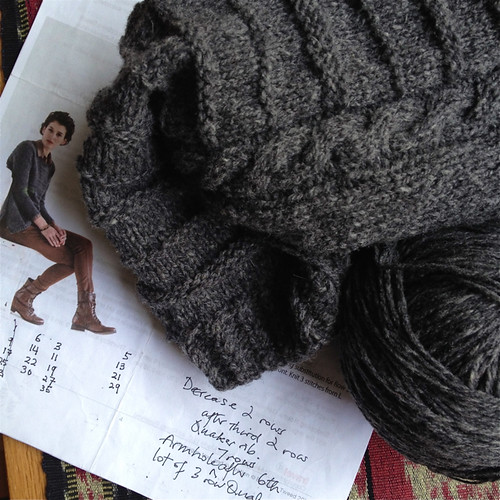 Then there are images of my neighbourhood - of Redfern, and other surrounding areas (top right is a window in the old locomotive workshop at Eveleigh that's next door to where I live). Redfern's an old suburb and is now a mixture of old industrial sites that have been 'repurposed', public housing, new apartment buildings and old terrace houses. There's lots of visual interest. This is where I live my daily life, buying milk and bread, going to the doctor, having cups of coffee, taking daily walks and visiting some of the lovely old parks in the area.

Some days I spend at home. I enjoy my small apartment and the furniture and objects that I've accumulated over time. I've now lived in the same apartment block for nearly thirty years and am part of the small community of my neighbours with our shared concerns. (The flowers bottom left are from our communal garden which kind neighbours tend).

And, of course, there's my knitting.

I imagine that my city, my neighbourhood, my home and my knitting will be the subjects of my instagram record of the year. So far I'm enjoying the small project of visually documenting my days...and I think I'll enjoy looking back on a year of images when the year ends.